Does A Filter Remove Fluoride From Water? 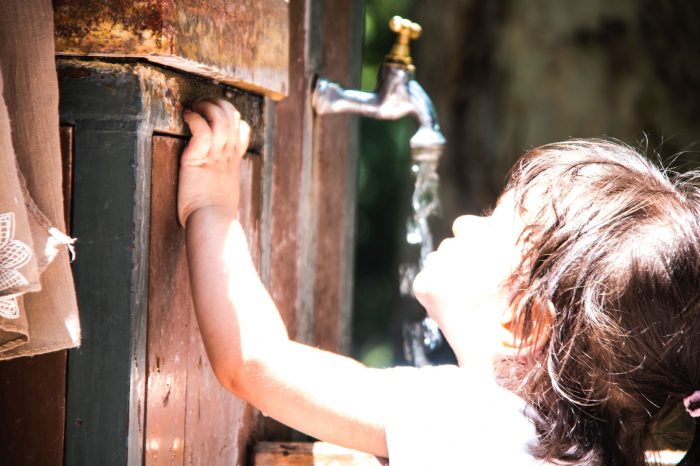 The Fluoride Bias and the rising question: Does a Filter Remove Fluoride from water?

1945, Grand Rapids, Michigan saw an event that would forever change the attitude to drinking water in the US. After subsiding off water barely altered from its natural state, a new element was introduced into the water systems: Fluoride. After extensive studies and experiments with the mineral, the conclusion was reached that fluoride was perhaps the most beneficial tool in the dentists’ arsenal, reducing cavities and increasing general tooth health exponentially. Throughout the decades following the events, many theories have been posited about the other health effects of the substance, but this remains the only undisputed factor in the plethora of scientific supposition. The fluoridisation of water has been named by the CDC, to be among the greatest advances in US history, alongside immunizations and vehicle safety. Yet, as the popularity of this decision rose, the situation became the center of a controversy. Determined to take control of their health, more and more people began to ask if a filter removes fluoride from water.

Experiments starting in the 1900s and extending until today have conclusively illustrated that fluoride has an incredible effect on dental health in children’s most formative years. Fluoride affects the enamel of the teeth and aids in creating greater dental resilience and health. Fluoride does this by integrating into the structure of the enamel, making teeth not only stronger but less affected by the acid produced by plaque (a substance that sticks to the teeth). Fluoride has also been known to decrease the level of the acid produced by the plaque. This is usually only the case in the teeth of children under seven years. Overall, fluoride is accredited with decreasing tooth decay by up to 40%.

In opposition to the one predominant benefit of fluoride, there is an entire host of health problems related to its use. It should be noted that all these problems stem from having an excess of fluoride. The current level of fluoride in the US is 0.7ppm (0.7mg/L) as of 2015, and organizations such as WHO and EPA claim that fluoride levels only become toxic when they exceed 1.5ppm and 4ppm respectively. EPA recommends avoiding water with a fluoride concentration greater than 2ppm, also they are unable to enforce this.

Dental Fluorosis is most often identified by the discoloration of teeth. This may range from delicate white markings, detectable only by a professional, to noticeable shades of yellow and brown. While this is most often described as being a cosmetic disease and is not associated with any severe side effects.

Skeletal fluorosis is a disease that can infiltrate any bone in the body. Although it sounds similar to dental fluorosis, its effects can become more widespread and severe. Increased exposure to fluoride over a long period, can lead to the bones of the body becoming harder. This may not sound problematic at first glance, however, with harder bones comes an increased bone rigidity. Elasticity is important for the skeletal structure, while it is meant to support us and give the body structure, elasticity allows the bones to be less susceptible to fractures. Severe skeletal fluorosis can lead to the development of diseases such as osteoporosis. This is not the only risk associated with the skeleton, as the build-up of bone tissue near joints can result in a decreased range of motion and flexibility.

Fluoride can damage the parathyroid glands, removing the regulations on hormone secretions. This becomes a problem, especially in the skeletal and dental sense, as this can decrease the level of calcium in those areas. Calcium is integral to the structure, maintenance, and growth of the bones and teeth and can be equally as destructive as skeletal fluorosis. 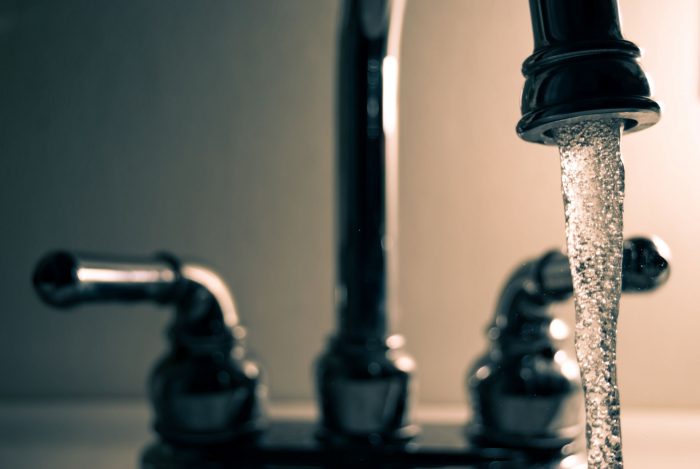 The Great Debate: Fluoride and IQ

For many years, there has been a prejudice against fluoridated water. Parents and medical professionals began to develop concerns regarding the neurological impact of fluoride. Various studies were undertaken to determine whether fluoride was an indifferent or detrimental factor. Truthfully, the resulting slew of evidence can be used to argue either way. While studies in New Zealand showed that there was no significant effect on IQ, other studies in Canada showed quite the opposite. The debate has degenerated into a scientific spat, each research team trying to discredit each other’s methodology. The fact that the fluoride levels in the US are not high enough to have any such effect appears to be the only conclusive piece of information that can be taken from the research.

Other
While fluoride does not appear to be directly responsible for any other illnesses, it is, at the very least, a contributing factor to a vast array of health issues. Aside from its less severe impact on skin problems, such as acne, fluoride can detrimentally affect other vital systems in the body. This includes: Cardiovascular health, hypo/hypertension; Joint and bone issues, such as TMJ and arthritis; Reproductive health, contributing to early puberty in females and decreased sperm counts in males, and endocrine and neurological health.

When faced with this extensive list of health risks, our natural sense of preservation blanches and you may very well find yourself among the masses that ask questions like: “How do I decrease my fluoride intake?” and “Does a filter remove fluoride from water?” This can once again e taken in two directions: The first posits that with the current fluoride concentration in the US, fluoride provides more benefits than it does risks. The second recognizes that fluoride at these levels may indeed be more damaging than is claimed, especially on fetuses and young children. If you are going to go about removing the fluoride from your water, there are many factors to consider.

What Not to Do

After years of boiling water to kill off bacteria, many people assume that the same would work to get rid of fluoride. This, however, doesn’t work ad has the opposite effect. When boiling water, fluoride will not evaporate, only water will. Now you have the same amount of fluoride, but less water and therefore all you have done is increase the fluoride concentration. The other option is to start noticing what processed foods and beverages contain fluoride. You don’t need to eliminate these from your diet completely, in fact, this is very much advised against, but you can certainly cut down on your intake.

The most important thing to not to do is to buy a generic active-carbon filter and assume it will do the job. This may seem like a dead-end, a negative answer to the “Does a filter remove fluoride from water?” question, but it is not. The essence of the matter is that you need to be incredibly discerning about the kind of filter you use to achieve your desired result. 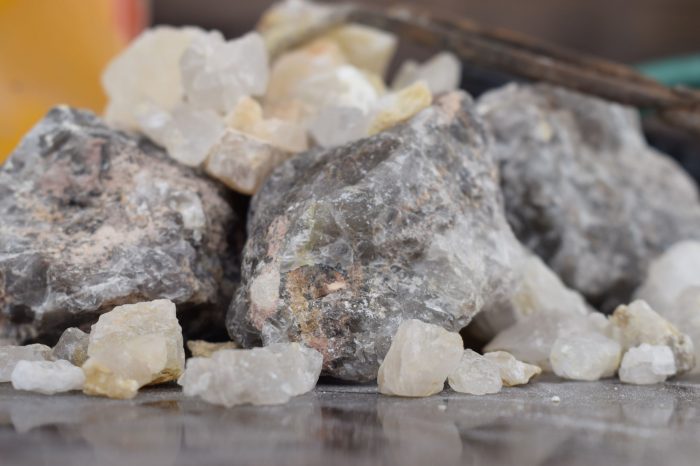 Three categories of filters can remove fluoride from water, utilizing different methods: Reverse osmosis, de-ionization, and activated alumina. The prices of these may differ, especially as they are only recent additions to the mainstream house filter, as opposed to industry filters.

Although these to filters use vastly different processes they are associated with the same risks. Reverse osmosis uses a pressure-based system to remove all minerals, bacteria, and electrolytes from drinking water. De-ionisation is an ion-exchange system that will remove all charged particles from the water. In simple terms, reverse osmosis removes every stray element and bacteria from the water while de-ionization removes only minerals. While this may sound great, it can be detrimental to long term health, especially if the drinker is suffering from a pre-existing nutritional condition.

To start with, this type of water is completely devoid of all minerals and bacteria, including the ones that are essential for our health and body functioning. The lack of naturally occurring metals and minerals in the water can also cause the water to leach these from your body itself, leaving you with even less than what you began with. Although it is a bizarre idea to think of water not being hydrating, reverse osmosis and de-ionization results in water that has a lesser hydration power. This is because all the electrolytes, elements that give us energy and replenishment, have been removed. The water can no longer perform the functions necessary, such as neutralizing stray molecules.

While these side effects may not be drastic, water purified in this manner was not intended for ingestion, but use in chemicals and laboratories. The Illinois Department of Physics, advises against drinking this water, in specific water purified through reverse osmosis. If this however is your most viable option, you should mix the purified water with tap water to replace some of the lost minerals.

If you are determined to remove fluoride from your water, then this is probably your safest bet. Activated Alumina is designed specifically to absorb fluoride and arsenic from drinking water. This is generally the method used in water plants that cleanse the water before it reaches your pipes. Further treating the water in this way can reduce the fluoride levels down to 0.1ppm. While some companies warn against this method, claiming it releases aluminum into the water, this is usually due to a hidden agenda. Activated alumina should not release aluminum into the water and if it does so, it is in such negligible amounts as to be dismissible.

Fluoride poses both health benefits and risks, and drinker discretion must be utilized to determine if one outweighs the other. The fluoride levels in the US remain a safe and manageable amount, far below the WHO and NPA guidelines. Fluoride is also supplied to the body through other mediums such as toothpaste, mouthwash, and various foodstuffs. Removing fluoride from drinking water is indeed possible but requires more complex systems than conventional home equipment. Discerning choices need to be made about which system to use and assess whether this is necessary at all.

Tags: Does A Filter Remove Fluoride From Water