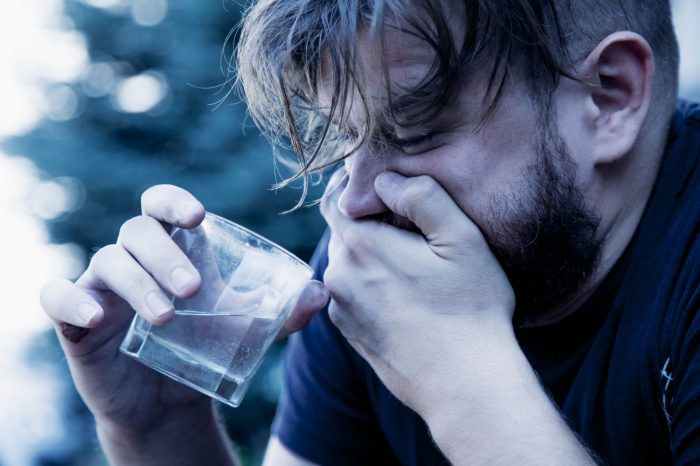 What Causes Nausea After Drinking Water and How Can It Be Prevented?

To the naked eye, the water you are about to drink may look clean. But what is actually in the water? Do you know about nitrates or levels of TDS or even toxins in there? We did an awesome article hamster filmy on Just how safe is your drinking water, where we looked at all the possible different contaminants that may be found in water. You can read this piece here.

The importance of water for human beings is next to air. The initial building block of every single bodily process is water. Just consider this: every cell, organ, muscle tissue, etc. is entirely composed of water. However, there are people who cannot stomach the taste of water and report feeling nauseous after drinking just a few sips or more of this essential liquid.

Some symptoms such as nausea coincide with the intake of water, but what actually happens inside the body that precipitates the adverse reactions and what can be done to overcome them?

What Are the Causes of Nausea After Drinking Water?

Nausea is a sensation that is created by the body in order to prevent a person from repeating a certain action. So, if drinking water makes someone feel nauseous just once, the body is telling the person not to drink water again. However, this is a false assessment by the body as it is often not the water itself but a combination of factors that result in nausea after drinking water.

Some of the most common causes of nausea resulting from drinking water include:

The first and common sign of any deficiency in one’s body is an overwhelming sense of tiredness and thirst. As we’ve mentioned before, water plays a large role in the metabolism and other vital processes of human beings. Hydration is, therefore, crucial, but there are some people who exhibit symptoms of mild dehydration.

It has been suggested that even mild dehydration of 1.5% can trigger nausea. Those who are affected by these reactions to water will experience nausea combined with dizziness and headaches.

Excessive thirst is said to be the most apparent symptom of this condition, but nausea is not uncommon.

Water is essential for normal body function. As hydration levels start to drop, the central nervous system’s ability to regulate certain processes weakens. Sometimes, this can lead to the generation of excessive thirst, which in turn creates more water loss.

When water intake is not enough to keep up with water loss, the body will try to dilute the substances in the blood, which in this case is sodium. There are two outcomes that may result:

1. Hyponatremia, in which the body’s blood is deficient in sodium and requires the body to disrupt the normal osmotic balance of fluids by increasing water retention. Do note this condition does not occur with distilled water, but rather with ordinary water. Hyponatremia is the result of consuming large amounts of plain water or insufficient consumption of sodium. The dilution of body fluids, in this case, causes it to lose its volume and salt is not soluble in water. This is when nausea becomes most apparent.

2. Hypovolemia, an indication that the blood is too diluted due to excessive water loss through perspiration or urination, causing the brain to signal that water must be retained.

Consuming too much water is a dangerous scenario, as well. It can flush out vital vitamins and minerals before they are absorbed by the system, leading to bloating, poor circulation, organ damage (particularly kidney), among others. Apart from causing nausea and vomiting, downing an extremely large amount of water in one go can induce a fatal collision. While chronic hyponatremia can be a consequence of over-hydration, nausea is the body’s primitive attempt to stop us from consuming water in high amounts. This nausea can linger and repeat in the future if you continue to over-drink water or if you put yourself in situations where you are familiarized with being nauseous.

Consuming water immediately after a substantial meal may lead to nausea. This sensation is primarily caused due to the stomach being excessively full at the time of consumption. However, a similar sensation of nausea can be felt even when water is consumed on an empty stomach. The taste of the water and even its odor may become a cue for nausea. Such a cue induces the release of that particular hormone or chemical (in this case, the chemoreceptor trigger zone) that is implicated in the nausea sensation.

Similarly, consuming flavored water after a meal may induce nausea. The release of such a chemoreceptor trigger zone chemical is therefore modulated by both visual information (the type of water to be consumed) and the odor of the water. The sensory properties of water exert a strong effect on all of its biological activity. Further, the stomach is always expecting food from the esophagus and can be activated with the consumption of water that does not signal the presence of food. The act of drinking water can also dilute stomach acid and lead to nausea in sensitive individuals.

One of the leading reasons that people suffer from motion sickness is because of the taste or odor of the water that they find. There are two major contaminants that can affect the way the water tastes or smells.

– Much of the time, while drinking water from natural sources, you have been conditioned to accept the presence of bacteria that are most likely harmless. They may often go unnoticed or certainly not cultivated, but they can reside in your body in order for you to lead a healthy lifestyle. But if they start to appear in excess amounts, then they can be the source of some minor reactions such as diarrhea, vomiting or sickness. These may accumulate and leave you drinking less water daily – hence making you dehydrated.

– Algae are single-celled or colonial plants that create energy by photosynthesis, as do green plants. There are thousands of algae species in fresh and saltwater. Most have no economic value and are a variety of shades of green, red, and other colors. Some forms, most famously the red tides that periodically threaten coastal communities, are harmful, and algae produce toxins that can kill freshwater fish and animals that drink from those waters.

While all potable water treatment plants take measures to eliminate harmful bacteria and algae, some are resistant to the chlorine commonly used to eradicate contaminants.

Toxic substances, which at normal levels would not be considered harmful to a human, could become deleterious to health when at a high concentration in drinking water and consequently could result in adverse oxidation states. Water is one of the biggest sources of obtaining oxygen and nutrients that are constantly required to stay alive, although water is also a medium where abiotic and biotic pollutants are transported within the body. Three of the most common toxic substances that could get into the water and affect human health are:

– Researchers have recently begun to show evidence that Cadmium and Antimony are teleological pollutants and can easily–if taken in through drinking water–enter the bloodstream and cause serious health conditions. Yet, there is a third material known as Chromium that’s found in water supplies that, when above a specific limit, will cause stomach cramps, nausea, vomiting, and diarrhea. However, researchers are starting to believe that it’s safe to drink tap water as long as concentrations are below the safe limit.

– Toxic substances that settle into groundwater from soil used in farming can be a major concern for human health when adding pesticides into this context.

– MTBE, which is a byproduct created in the oil refinery process, can result in nausea. 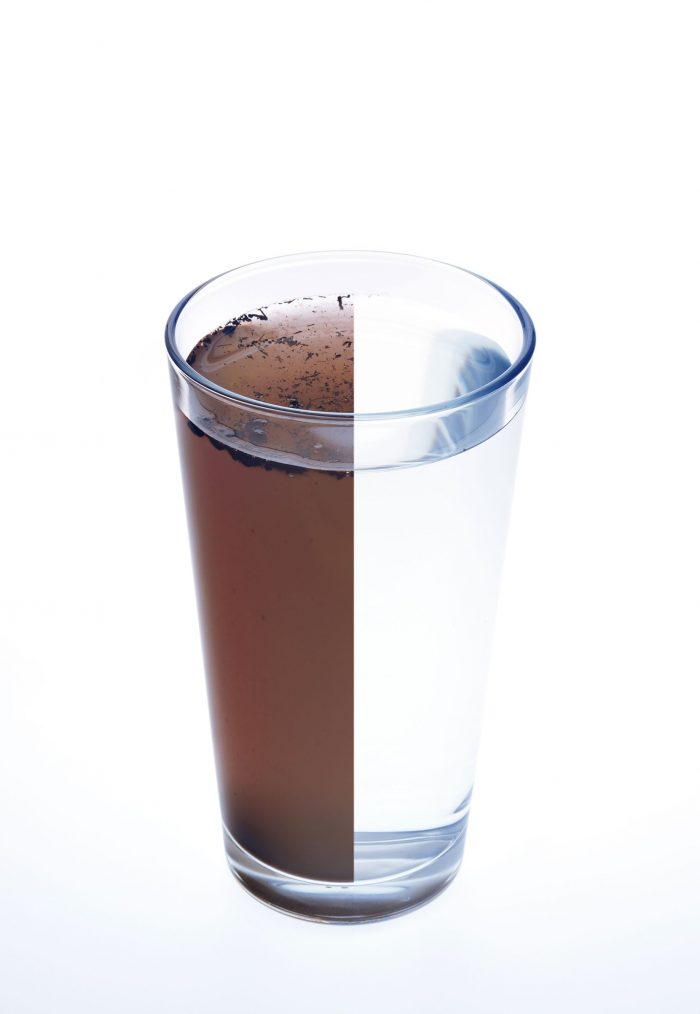 How To Prevent Nausea From Drinking Water?

In the midst of countless researches and opinions, we are here to shed more light on the subject of how to get rid of nausea.

One should never overdrink water. The suggested daily water consumption for adults is set at eight glasses, spread over the day time. It would be advisable to drink only after a meal, usually two hours after a meal.

Health experts recommend investing in high-quality water filtration systems – no matter if they are home or commercial grade – are the best tools for removing heavy metals, radionuclides, microbes, toxins, nitrates, etc., that otherwise end up in various body tissues. These systems have been found to be very efficient in cleansing drinking water from these contaminants that most other filtration systems miss out, but which do pass into your system and have negative effects on your general health.

In the event that you continue to get sick after drinking water, it is vital to see a doctor to narrow down a causative or contributing factor. Furthermore, it can be a smart idea to have your drinking water sent for testing to determine if there are any contaminants or toxins present and in what concentrations so that necessary countermeasures can be taken.